The Mala is a string of beads threaded and knotted to form either a neckace or a bracelet.

Mala Beads come in many beautiful designs. They can be made from wood, bone, glass and semi-precious gem stones. And while each design may be unique, there is usually one common factor – the full Mala all have 108 beads: 109 including the Guru Bead (or Sumera).

There are some variations to the 108 bead design, but this is generally the number of beads found commonly in Mala necklaces. The number 108 has many numerological and spiritual significances. You can find a comprehensive list at Swami J, but here are a few of the main ones:-

•  The Sanskrit Alphabet has 54 letters, and each has a masculine and feminine = 108

•  108 is a Harshad number: an integer divisible to the sum of it’s digits

•  And so the Legend goes, if we can slow our breath down to 108 per day, enlightenment will come! (Any mathematicians out there? How many breaths per minute would that equate to? Leave your comments below!)

The Design of the Mala

Each bead is separated from the ones either side of it by a knot, called the ‘brahma granti’, or the ‘Knot of Brahma’. This creates space between the beads and makes it easier to move each bead through the fingers.

Traditionally, Indian Malas were made from several different types of wood, and according to Swami Nishchalananda, each wood brings a different quality to the Mala.

Rudraksha – Induces non-attachment, and is often used by renunciants.

Crystals and Gem Stones – Each one will have a specific vibration and quality. Most common ones used are Rose Quartz – the stone of Universal Love, and Amethyst – the stone of balance and peace.

A smaller version of the Mala, called the sumirani, containing 27 beads is often worn around the wrist. Sumirani means ‘that which reminds us’, and can be used throughout the day as a reminder to maintain our awareness. 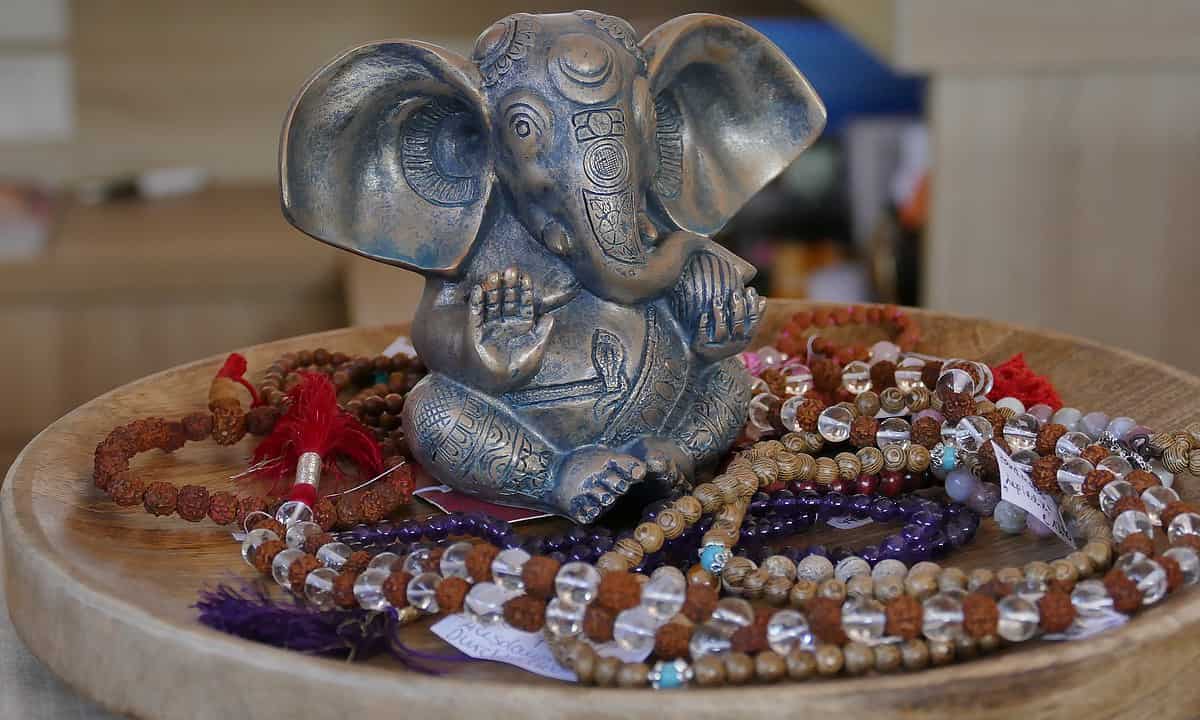 What are Mala Beads used for?

Mala beads are used primarily for meditation and for mantra recitation. Developed in an age before we had timers and clocks, the beads were used to record how many repetitions of each mantra had been recited.

The action of counting and moving the beads methodically through the fingers also adds an element of attention and awareness – an additional layer to help to focus the mind.

How to use the Mala

Traditionally, the Mala is held in the right hand (due to cultural connotations with the left hand in India). The beads are held between the tip of the thumb and the ring finger.

To move through the Mala, the middle finger guides each bead along. The index and little fingers are unused, and held away from the Mala.

A more common, and easier hold is to drape the Mala over your last three fingers, and to move each bead with your thumb. 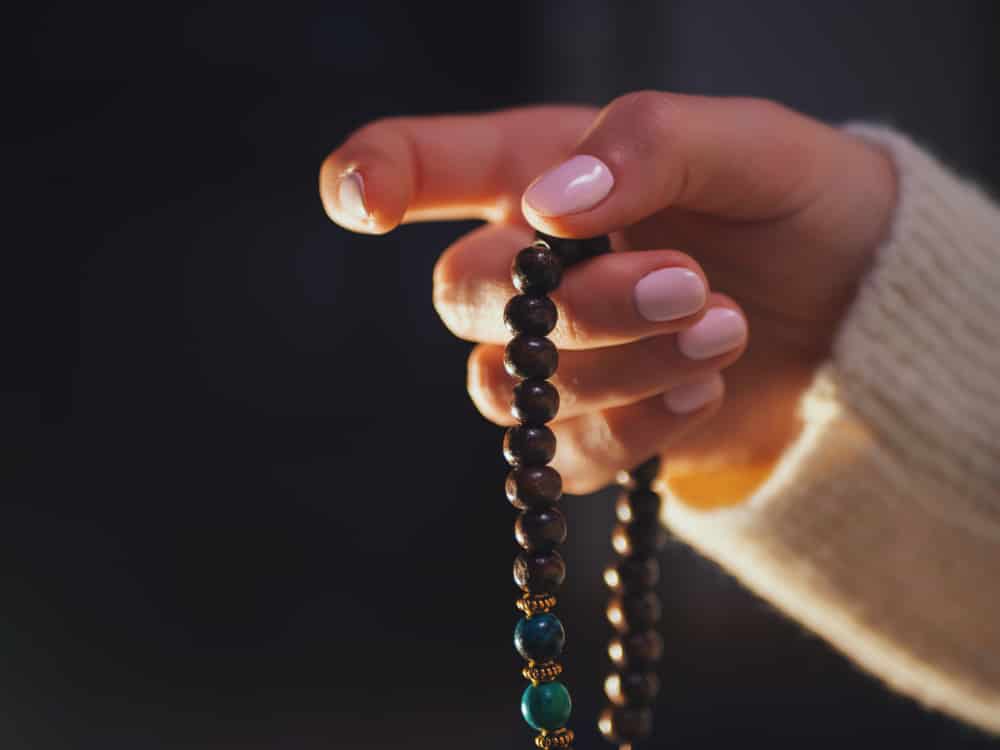 To begin your practice, start at the Guru Bead, or sumera – this is the largest bead, or can be a tassel. Move each bead through your hand with each repetition of the mantra, until you reach the Guru Bead again. This signifies you have completed 108 repetitions.

If you are observing more than one round of the Mala, count the rounds on the fingers of your left hand by moving your thumb along each joint of your index finger.